Sleep in the Animal Kingdom 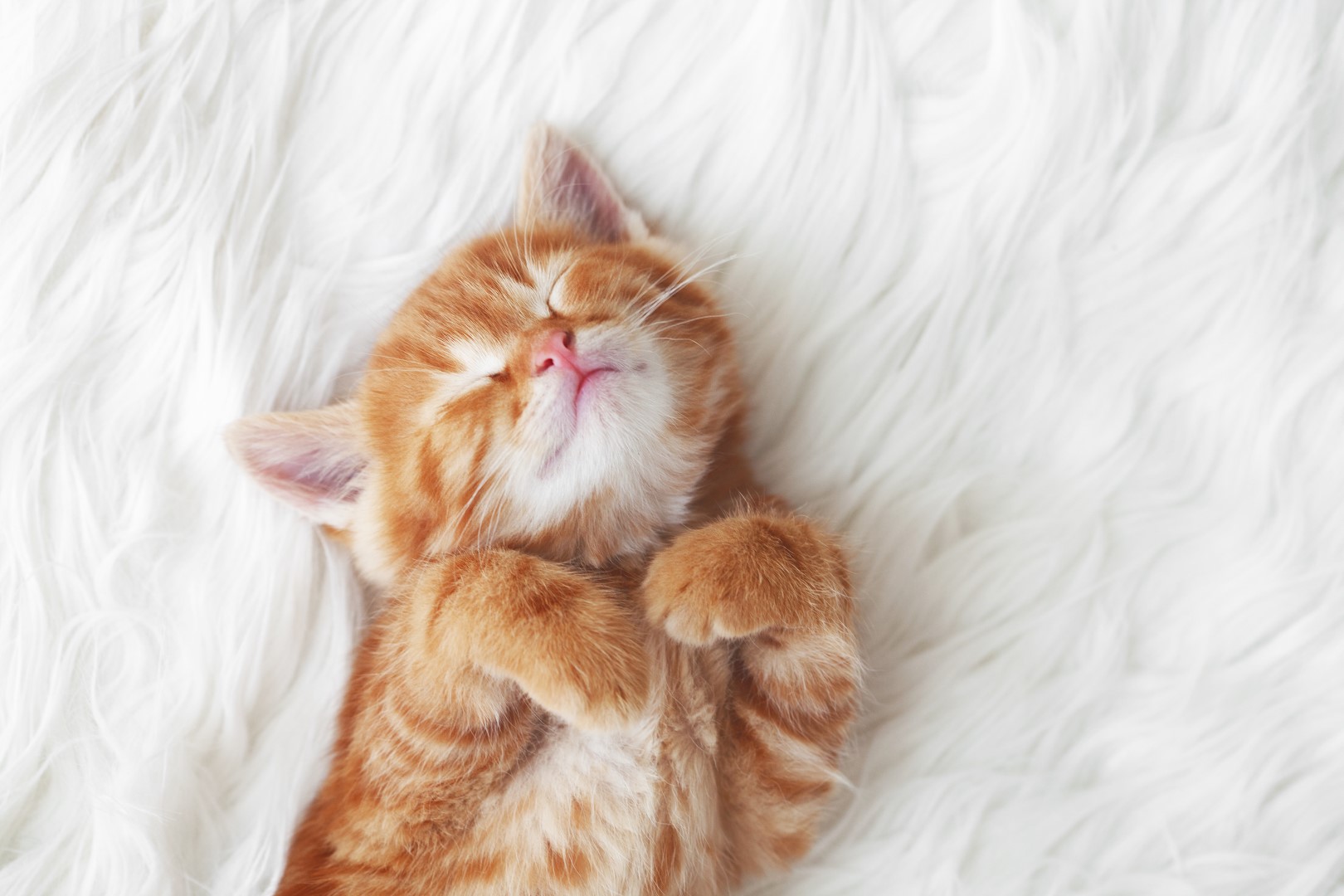 Are you like me and constantly worry about sleep? How well you sleep? How much you sleep? How will you ever get through the day with the little sleep you got? Believe it or not, you are not the only mammal preoccupied with sleep.

From the smallest to the tallest, from the scaly to the furry, animals all over the world need to sleep a specific amount in order to not only function well, but to ensure their survival if they are not alert!

I put together an interesting list of animals who need their beauty rest as much as you. You may be surprised at what you will learn!

You may have seen it before; two sea otters holding hands, drifting slowly down the river. There is a system to how these water animals get their rest. Firstly, otters wrap themselves in kelp to keep from floating too far, and they hold hands to keep from drifting apart from each other. 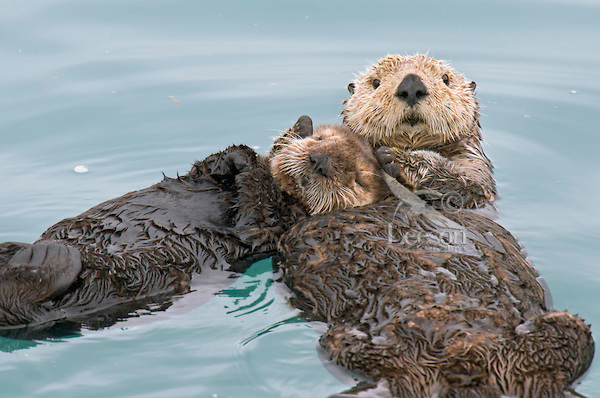 Approximately 11 hours of their day are spent resting or sleeping and another three hours grooming themselves. A typical unknown fact is that baby otter use their mother’s stomach as a crib until it is old enough to float on its own. Ah….. What a life! 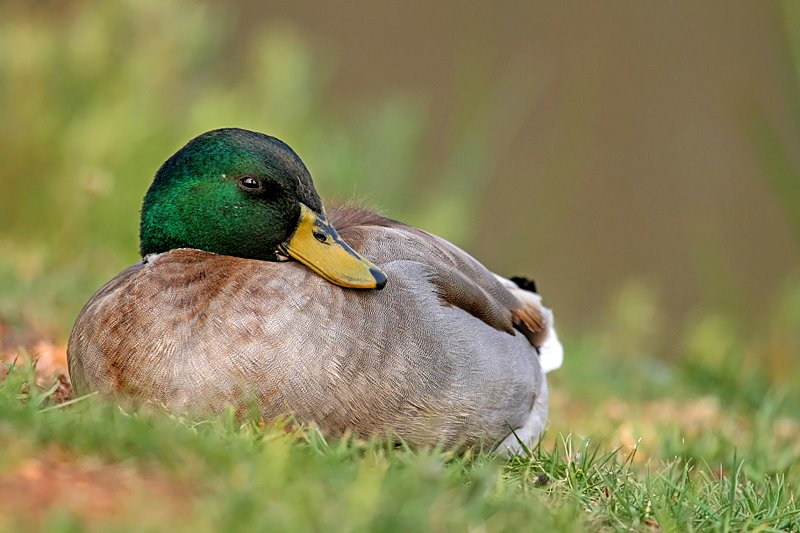 Whales, dolphins and seals are also known to sleep vigilantly. It’s clear that the sea is a treacherous place.

I’m sure you thought sloths were the laziest animals on the planet. Well, you guessed wrong. Sloths sit at number 12 on the list of the sleepiest animals in the world, clocking in at 14 hours a day.

Brown bats, on the other hand, sleep a whopping 19.9 hours a day. And you thought your teenager slept long hours!! Bats sleep and groom throughout the day, and hunt unsuspecting prey during the night. And if you thought that wasn’t enough rest, brown bats also hibernate for 4 to 6 months of the year. I’m sleepy just thinking about it!

The most sleep-less animal in the world has to be the giraffe. Giraffes almost never sleep longer than five minutes at one time, and have been known to function very well on 30 minutes of sleep per day. They are able to sleep equally well lying down or standing up. 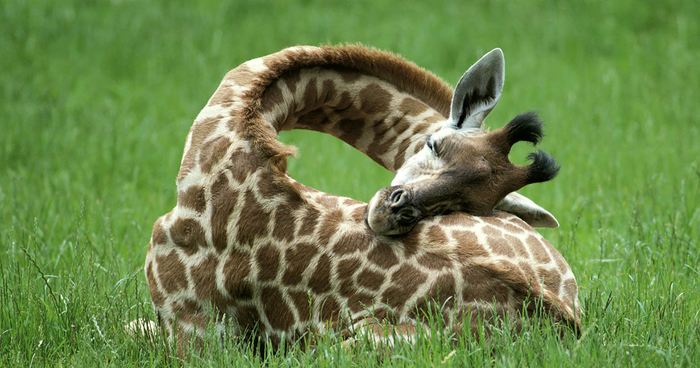 The fact that giraffes don’t have much to defend themselves with, other than height and speed, they must remain upright and vigilant. Their height is clearly an advantage as they can spot trouble way in the distance. Their gate is long, steady and slow due to their long legs, but when chased or in pursuit, they can manage 55 km per hour, and on only 30 minutes of sleep a day! 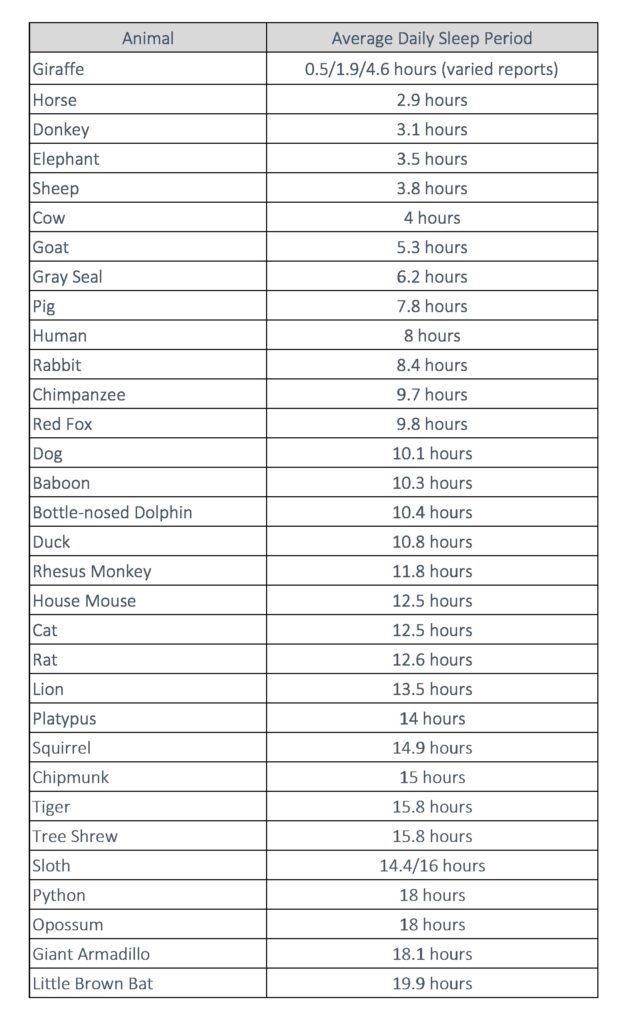 Whether you wish you were a giraffe getting by on little sleep, and getting things done, or a brown bat who snoozes all day long, it is clear that all species require a certain amount of rest to ensure their survival.

As you can see from the chart above humans sit in the top one third of sleep requirements but even among us, there are those that through practice or natural tendency, require much less.

Why Adjustable Beds Help Improve a Couple’s Sleep Experience
Is Your Job Causing Your Sleep Disorders?
How to Wash Duvets and Comforters
How to Deep Clean Your Bed in 5 Steps
How to Improve the Quality of Your Sleep